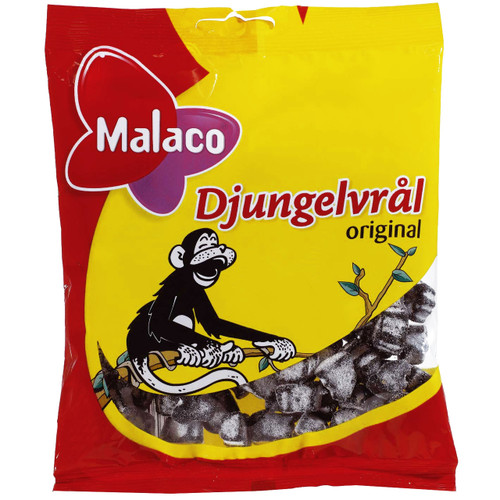 The latest craze. Malaco Djungelvrål - Swedish for jungle roar - is not for the faint taste buds. The bitesized licorice figures in monkey form convince by the full-bodied aroma of the licorice root, which is covered with a strong salmiak salt wrapping. Let yourself be convinced by the extra strong and extrem salty "arguments". Maybe you know why it says roar or scream in the Swedish name!

The licorice bits themselves are sweet, but they are covered in salmiak, which is super salty. For the experienced liquorice eater only – not suitable for children.