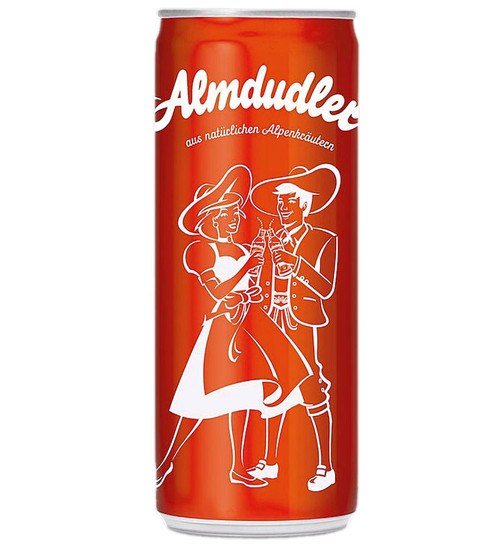 The original Almdudler is a sweetened carbonated beverage made of grape and apple juice concentrates flavoured with herbal extracts. Its flavour is similar to ginger ale or elderflower cordial, but with a somewhat fruitier and more bitter flavour. Almdudler has been called the "national drink of Austria" Its popularity in Austria is second only to Coca-Cola. About 80 million litres of the beverage are produced per year. After three years of development, Almdudler was produced from 1957 by the Viennese entrepreneur Erwin Klein (19241983). According to the company's website, he derived the name from the then-common phrase auf der Alm dudeln, which means "yodeling in the (alpine) pasture". The drink was originally created and marketed as an alternative to alcoholic beverages or as a mixer for alcoholic drinks. (C) Wikipedia