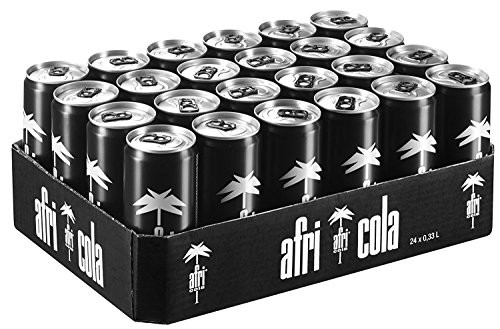 Afri-Cola is a cola soft drink produced in Germany.

The trademark Afri-Cola was registered in 1931.

The USA product is in the same original high-caffeine formula and is sold in a 330ml version (11.2oz) tins.

It is still crafted in Germany. And it has an even higher caffeine content then the Jolt Original Cola. It is considered an energy drink that give you real power from the start!